The second Council meeting of 2017 took place on June 8th at the offices of Brown Rudnick.

The LIFEbeat council is open to all young people and staff who have attended camps. We also invite trustees to join us. We meet four times a year to re-connect, share activities and talk about our lives and the issues that are important to us.

We have five clear goals for the council sessions:

On June 8th, following suggestions put forward by participants at our session in February, the Council gathered to think about the things they cared about, and what they could take action on.

After some tratidional LIFEbeat warm up activities, we held a brainstorm around the issues people felt strongly about, we created a list:

The group then broke off into three smaller groups for a deeper discussion around the issues they felt most strongly about and the actions they could take around those issues. The smaller groups then shared their reflections.

The first group reflected that they felt passionate about terrorism and violence. 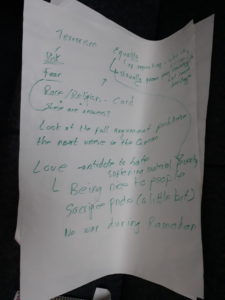 The second group discussed power and the way it manifested in human rights issues, integrity, discrimination and corruption. 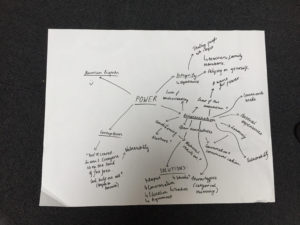 The third group felt drawn to taking action on climate change, music, equality, power and poverty and suggested that changes to the school curriculum would help better prepare young people for the adult world. 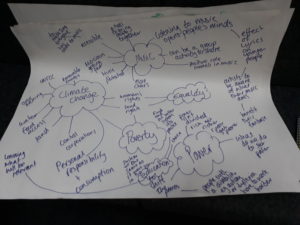 One young participant shared a quote that felt meaningful. It is drawn from her favourite play, Angels in America by Tony Kushner:

“You’re scared. So am I. Everyone is in the land of the free.”

The small group sessions were followed by a group discussion in the form of the Way of Council, led by Jeremy Thres and Tunde James. The discussion focussed on politics, fear and being able to find unbiased, truthful information. 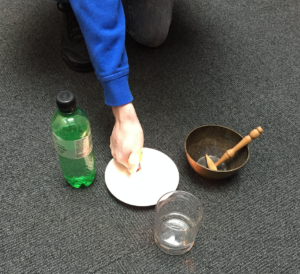 With thanks to Brown Rudnick for their generous support of the Council program.